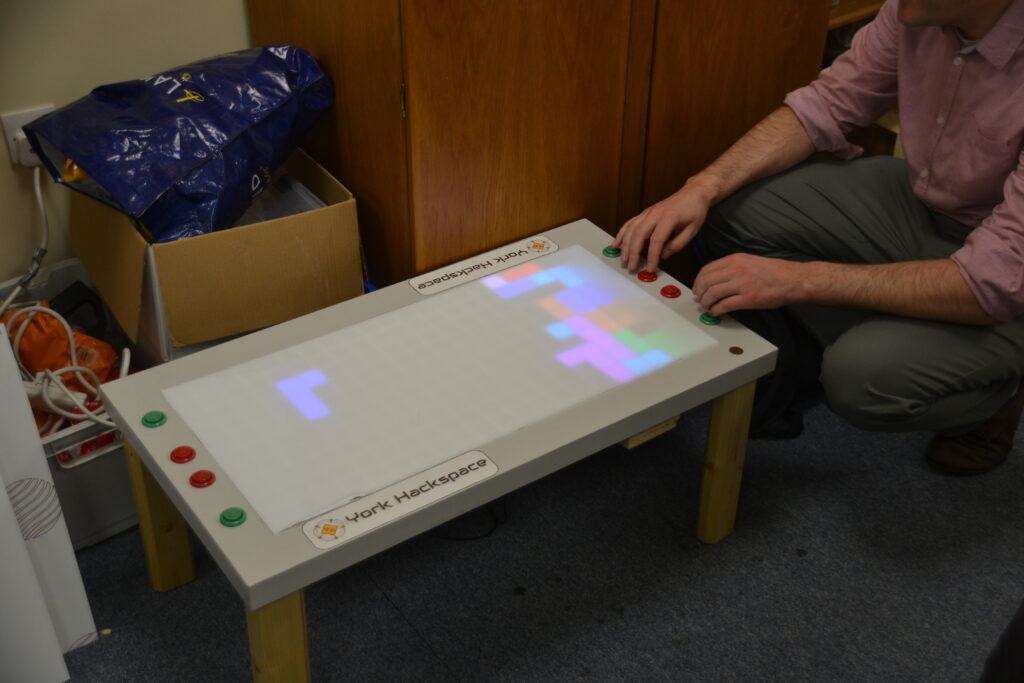 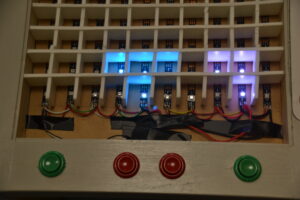 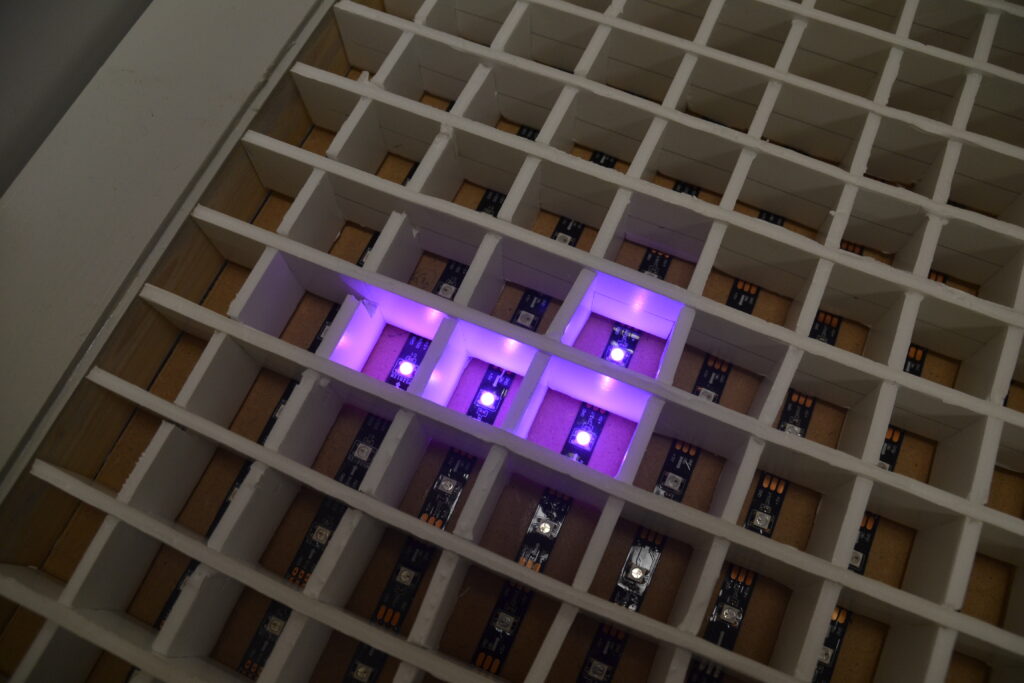 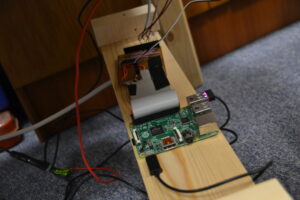 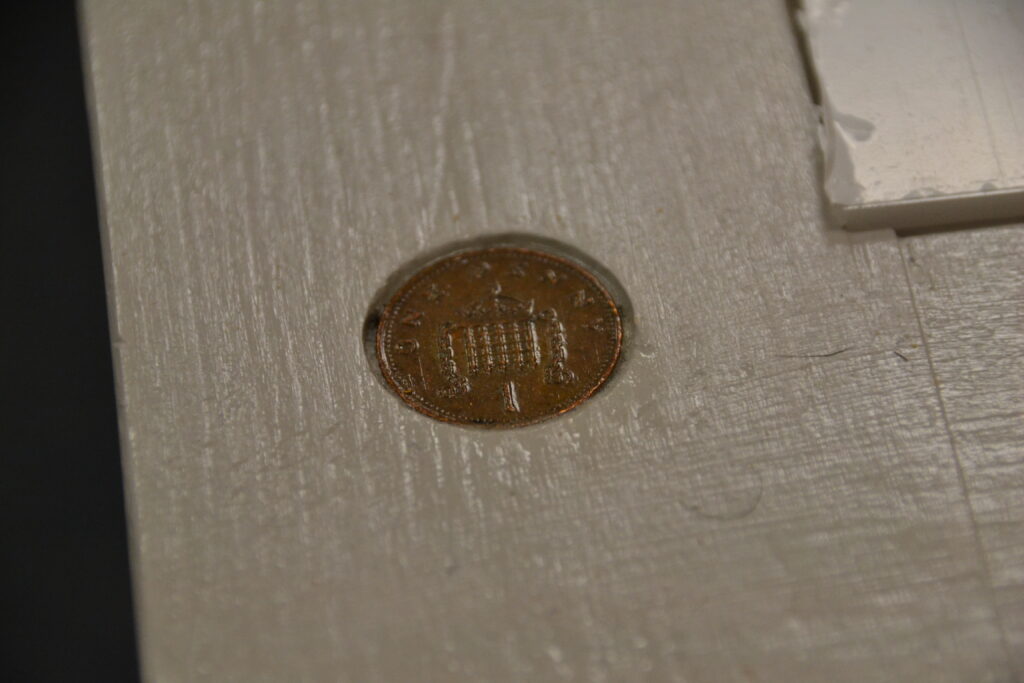 A multimedia system fit for a hackspace

Being able to leave equipment permanently in place and attached to the walls or ceiling is a luxury we gained when we moved in to our new space. So naturally enough, when we had a projector and an amplifier system lying around doing nothing, it only made sense to give the space a proper multimedia setup. 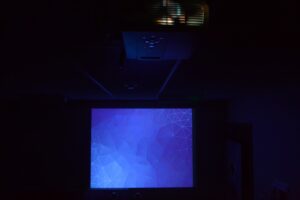 We put the projector on the ceiling a little while ago, but hadn’t really connected it up until we got the amp and speakers.

With a little bit of planning followed by shopping for the right cables, we now have a setup that should cater for most circumstances. Our projector can now take HDMI, VGA or Mini Displayport (or anything else you can convert to HDMI) with sound provided via a Cambridge audio A1 mk3 Stereo amplifier. 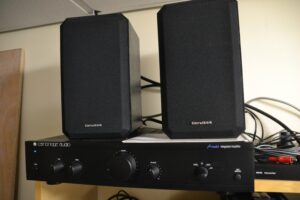 We can also cast audio to a Raspberry Pi using DLNA. The Pi is connected directly to the amp at the moment and so only does audio, but we plan to get an HDMI switch that will allow us to use the Pi for casting video to the projector without having to sacrifice the wired option. 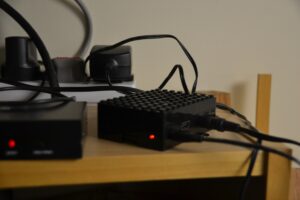 This solution makes it easy to connect almost any device we need to the system. The long HDMI cable ends at a desk on the other side of the room that is convenient for placing a laptop for showing a video or presentation. As the HDMI cable carries both audio and video, this is the only cable we need going to the projector setup, where a converter box splits the HDMI out to VGA and a pair or RCA connectors for audio. Unfortunately the projector doesn’t have any digital inputs, so we had to go for VGA. The other input options are provided by a kit of converters. 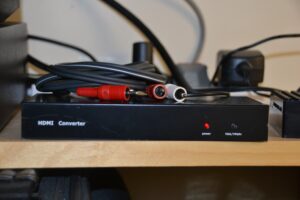 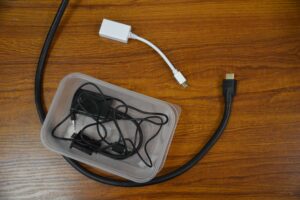 We still need to get the speakers mounted on the wall for a proper cinema experience.

The software for the DLNA was a little awkward, but we got it working in the end. The Pi is running GMediaRenderer, a DLNA renderer for GStreamer. This had to be compiled from source and took some fiddling before it worked how we wanted it. This was worth doing though as we were then able to customise how it looked in the client app. Our logo is on it! We can already cast sound from laptops too, pulseaudio-dlna can cast sound from your linux PC to any DLNA device on the network and it works great. 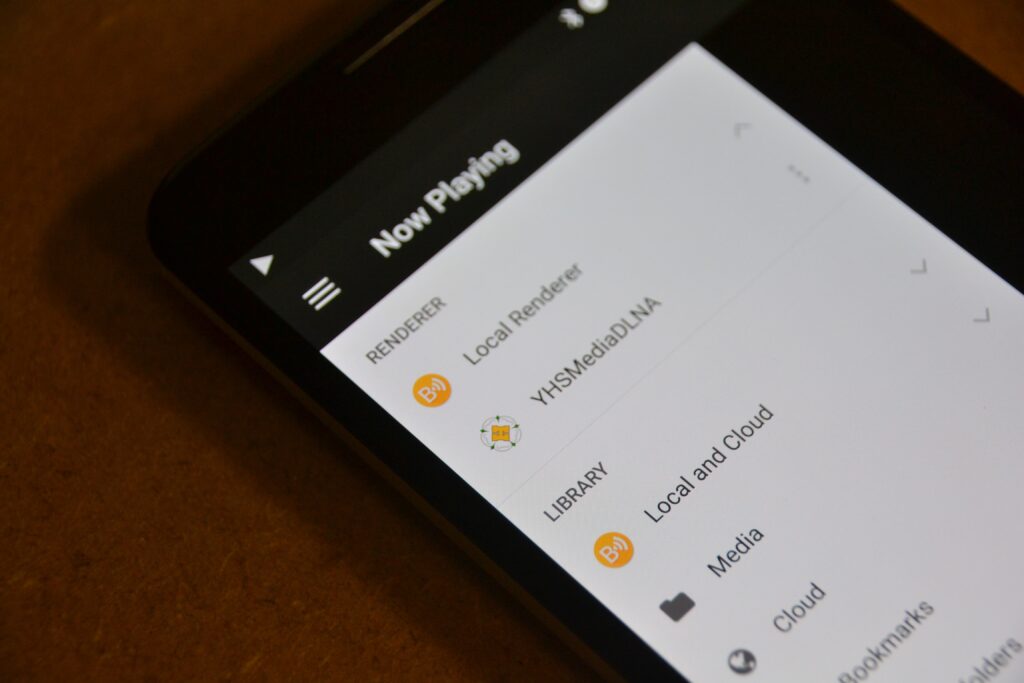