Raspberry Jam at The Digital Garage from Google, Leeds

On Saturday we took SpaceHack to Leeds to a Raspberry Jam event set up by Alan O’Donohoe and Claire Garside as part of their great JamPackedUK roadshow, in partnership with the Raspberry Pi Foundation and Google.org.

The day was well organized, and there was a variety of things to do and toys to play with.  Makey Makey was set up with PlayDoh (and sweets), and was connected to a Pi running scratch, so people could program with it.  Sonic Pi was also set up, which was fun to play with, and there was a demonstration set up with BareConductive paint.  My personal favourite was WaterColorBot, a robot that can paint pictures with block paints.  Bob even got it to draw our logo! 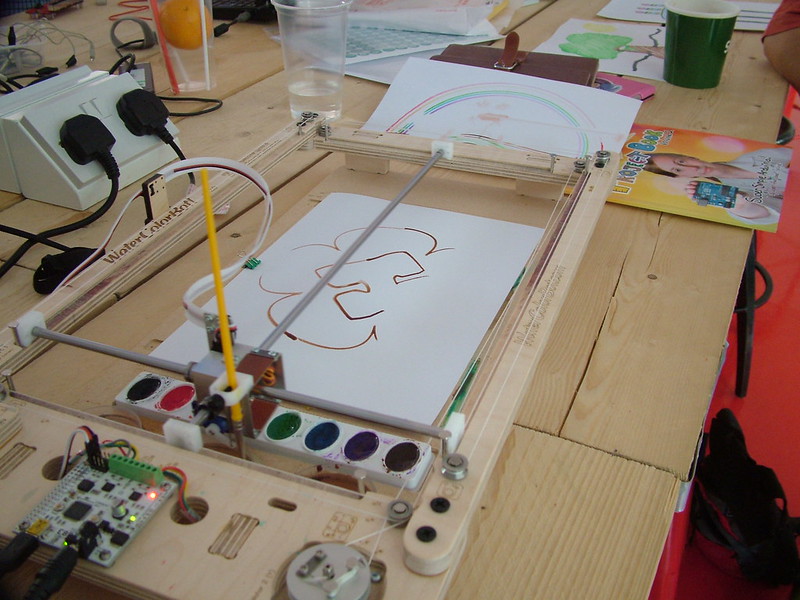 Apart from the ready-to-go demonstrations (which were very fun and interactive), there was also an area set up to tinker with some Raspberry Pi, and a room upstairs for the workshops that were running.

As usual, we had plenty of folk playing SpaceHack, and it was great to see so many different people around – teachers, kids, and other hackers.  There were a few members from Preston Hackspace, who are relatively new; it’s always nice to see other local groups starting up! 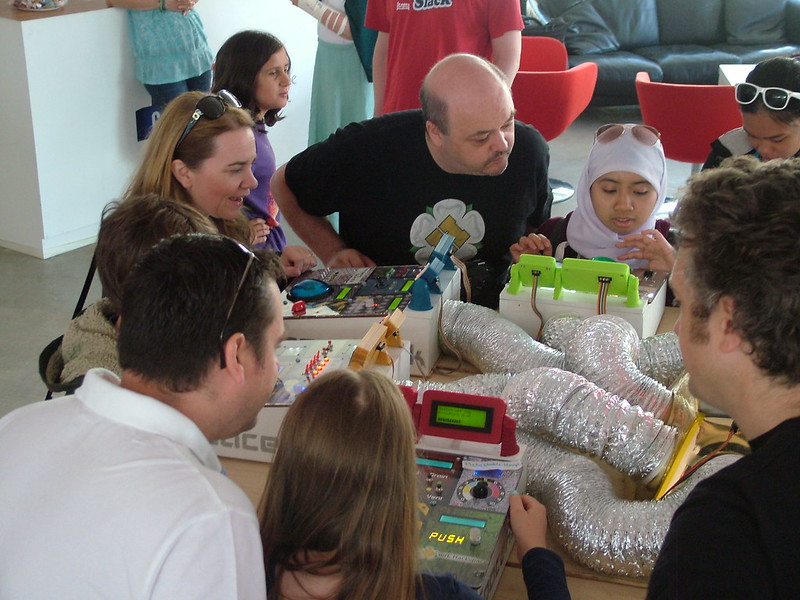 All in all, it was a great day out, topped off nicely by the free water taxi back to the station! 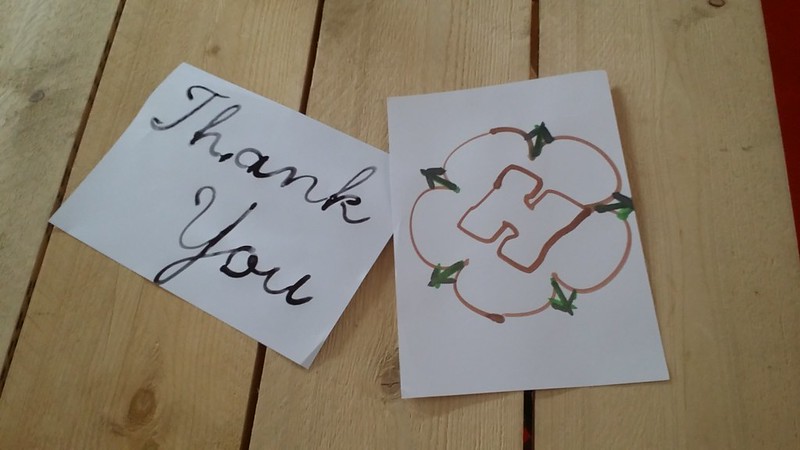