Another random selection of interesting things

It’s just another week at the hackspace, here’s a few thing that were going on last Wednesday.

We recently had a generous donation of some old tech, it included this intriguing Ferranti Laser. Nat had a go switching it on, it seems to do something, we’re just not sure what it’s purpose is. If anyone knows, help us out by letting us know how to use it. (We’re already fairly sure it’s not powerful enough be used to make a laser cutter.) 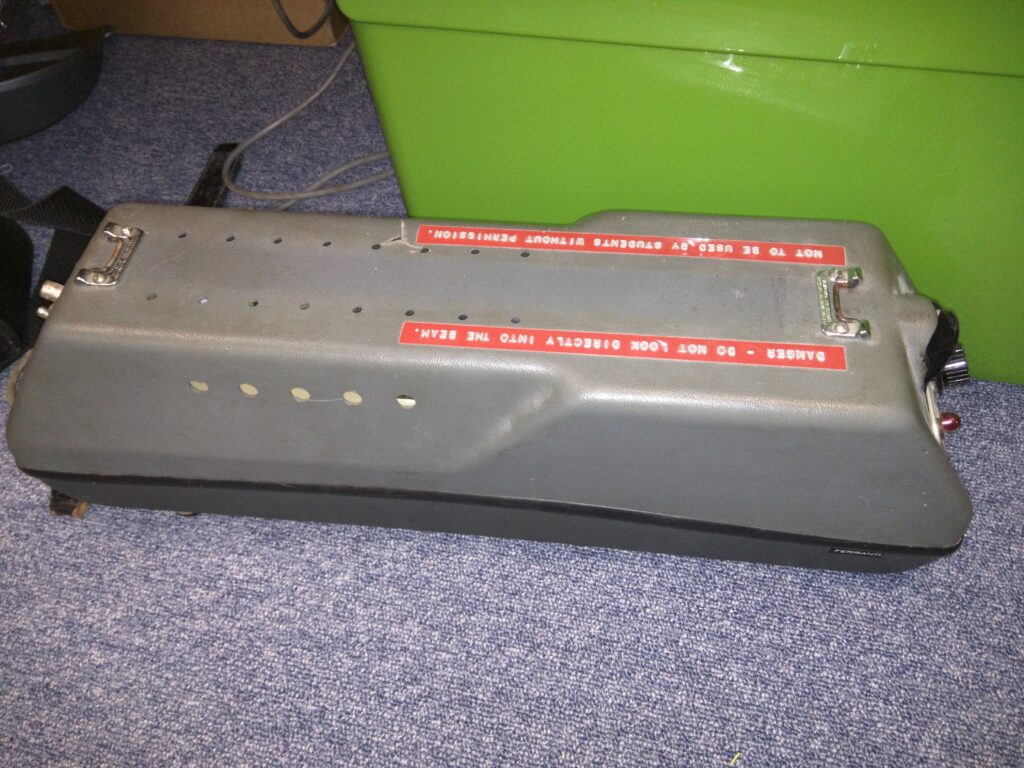 Another fabulous little relic included in the donation was this this Vest Pocket Kodak. If anyone has any film that will work with it, come along next Wednesday and try taking a picture! We’d love to see the results. 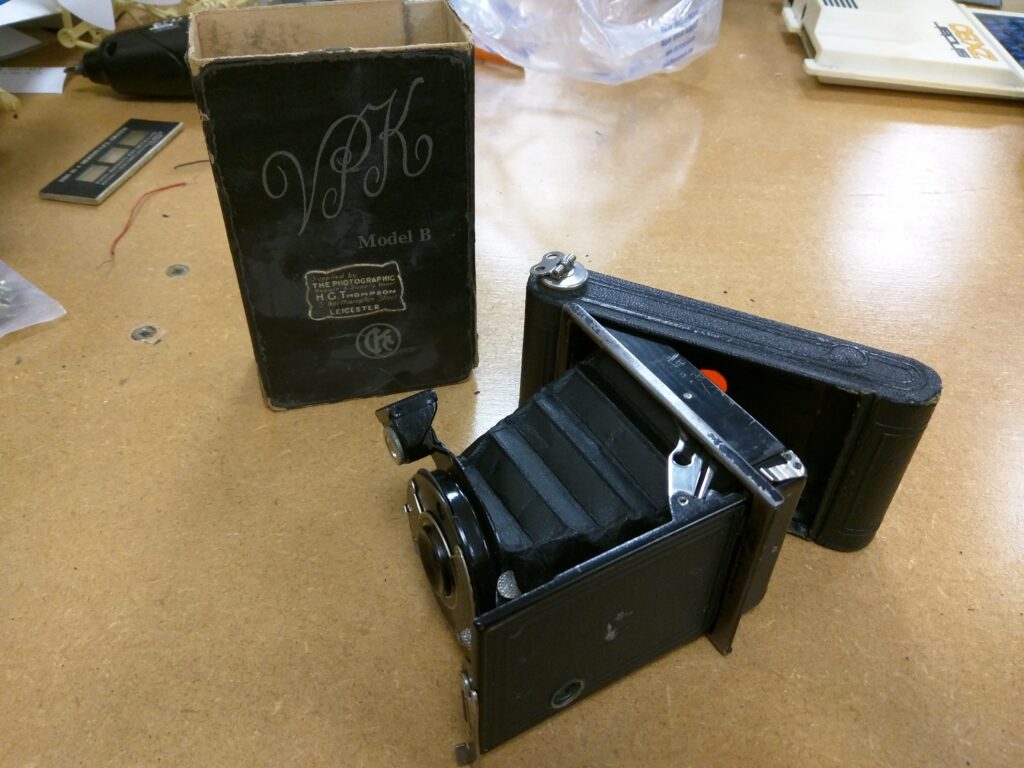 In other news; Dave found something to do with some of the used bottle caps that are awaiting recycling. 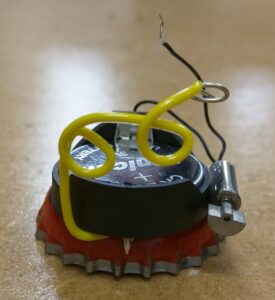 And Bob modernised a ZX81 with a composite mod kit. So there’s even more retro projects going on in the space. No luck with the ZX printer as of yet, but perhaps with some tinkering it could rival the other sinclair-computer-printer project by being even more retro. 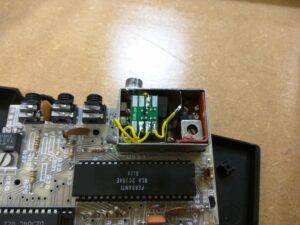 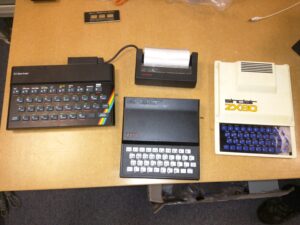 It’s good to have places to put things

After much discussion, we finally decided what we needed to do to make better use of the space we have. We haven’t quite got it all done, but we’re most of the way there, so we decided to share some photos of how it’s going.

What we wanted was a shelf above the electronics workbench so that we could put all of the test equipment on the shelf so that it leaves the workspace below free. Most of the wood we used came from old pallets, the shelf is one large plywood sheet that was otherwise going to end up in a skip. In addition to the large shelf, we have most of what we need to in place for some extra smaller shelves above. 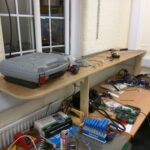 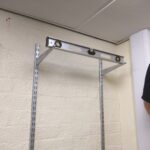 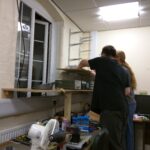 Of course this shelf is going to cast a shadow onto the desk, but with an abundance of white LED strips in the hackspace, it’s just a matter of time before somebody sticks one to the bottom of the shelf. 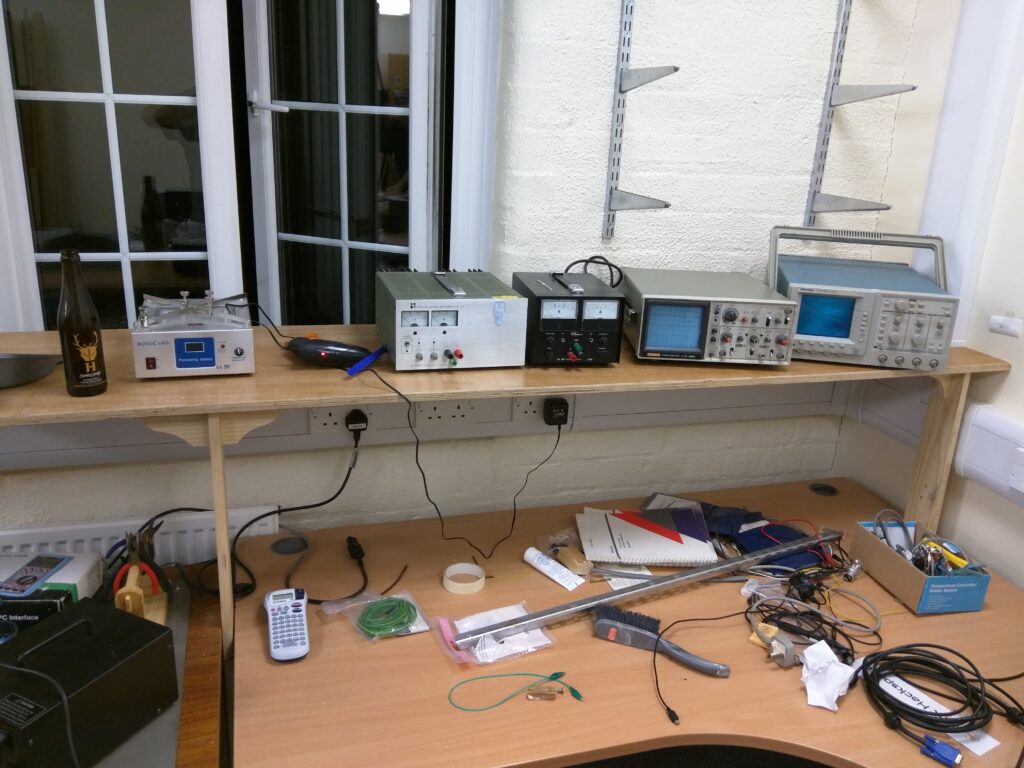 We’ve also addressed the issue of the overflowing bookshelf and cupboard. They now have a friend in the form of a black plastic shelf unit. 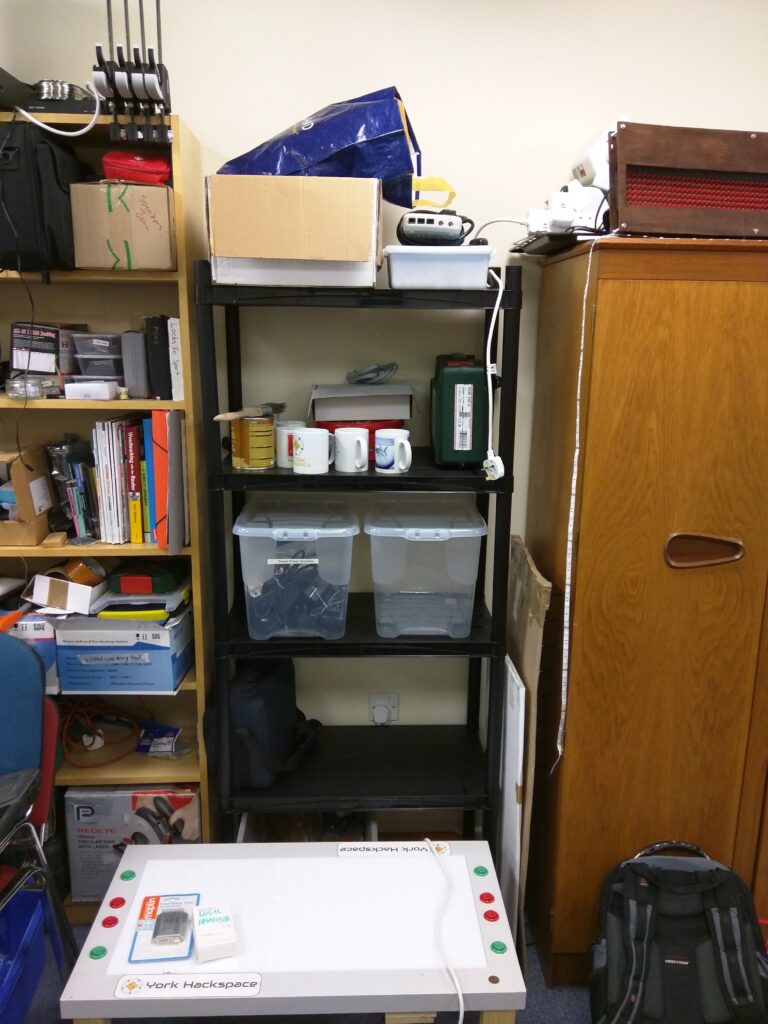 Just a quick one;

With the rising popularity of small UAVs for hobbyists, it’s unsurprising that the hackspace has at least one drone enthusiast. Dave has quite a selection of drones in a range of sizes, recently he’s been experimenting with video cameras mounted to them to record the flight or provide a live feed to the operator during the flight.

At our last open evening he had a go at mounting a really tiny camera on tiny quadcopter. With a little help setting up a print on the 3D printer, Dave had a camera mount printed and ready to go before the end of the evening. The design for the mount was a slight modification of a mount for a similar camera and drone found on thingiverse. 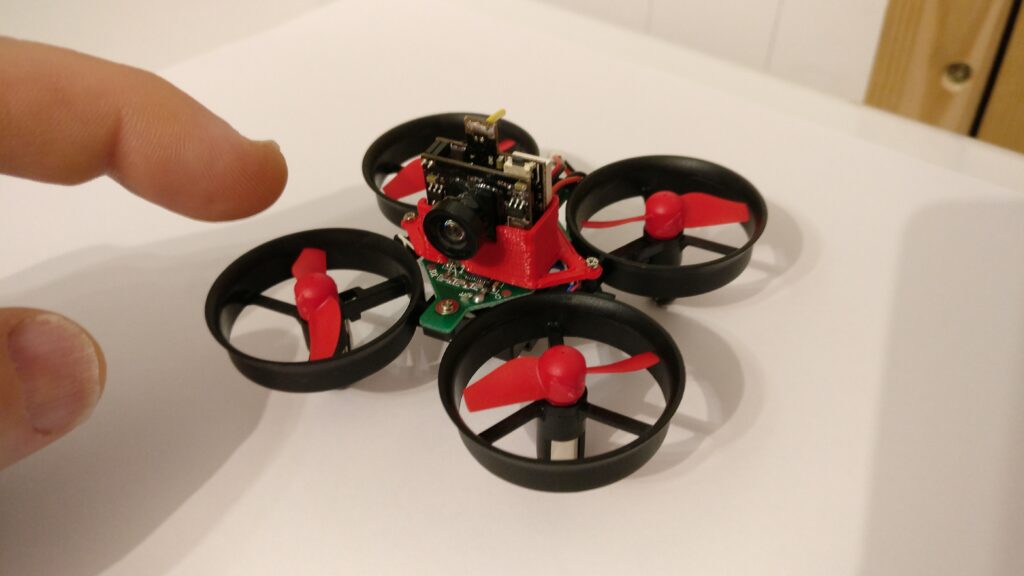